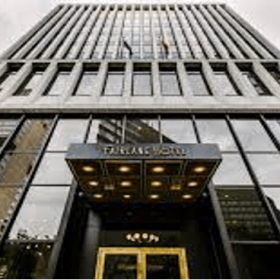 The Fairlane Hotel guarantees a tranquil and enjoyable stay in a prime location in Nashville City Center. It is one of the best hotels in Nashville near downtown. It is located among many of Nashville’s attractions, including Broadway, the Gulch, and more, in the city’s central business and cultural sector.

Originally the Nashville headquarters of Fidelity Federal Savings & Loan, the 12-story structure was constructed in 1972. The facility offers a variety of amenities to make your stay comfortable. You can make use of amenities like the elevator, 24-hour front desk, public Wi-Fi, and concierge.

In certain bedrooms, you’ll find towels, air conditioning, and amenities. There are several recreational options on the site. The Fairlane Hotel is a great place to start your exploration of Nashville, Tennessee, or just to unwind and recharge. The Fairlane Hotel does provide a fitness center with all the tools you need to keep in shape while traveling.

The Hermitage Hotel, which bears the name of the close-by mansion of former American President Andrew Jackson, has belonged to Historic Hotels of America since 1996. Given that the hotel has been a beloved icon for more than a century, “Meet Me at The Hermitage” has long been a well-known catchphrase among native Nashvillians.

Hermitage Hotel is one of the best hotels in Nashville to stay in. When a group of concerned citizens decided to build an opulent hotel in downtown Nashville under the direction of the Nashville Board of Trade, construction on this beautiful historic edifice started in 1908.

The investors finally invested more than a million dollars in the project, hiring the famous architect James Edwin Ruthven Carpenter. The Hermitage Hotel soon established itself as one of the most upscale vacation spots in the whole city within a few months. Politicians from Tennessee and abroad started to take a particular interest in it shortly after. 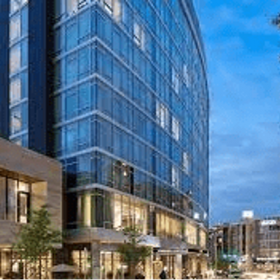 This four-star hotel is located in Downtown Nashville and is close to the Frist Art Museum, RCA Studio B, and Music City Center. Additionally, it has a pool, a 24-hour reception, and speedy check-in and check-out options. It is one of the luxury hotels in Nashville.

The hotel is close to some of the area’s well-known tourist destinations, including West End Summit, the Country Music Hall of Fame and Museum, and Bridgestone Arena. Nashville Riverfront Station, which provides simple access in and around Nashville, is about a 20-minute walk away.

In the Gulch, a new age of opulent hotels began on Thursday with the opening of The Thompson Nashville. The 12-story, 224-room hotel will be run by San Francisco-based Two Roads Hospitality, which owns the Thompson brand and promises to provide guests a genuine Nashville experience. 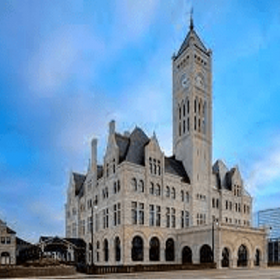 Visitors may enjoy the historic elegance of Union Station Hotel while taking in the vibrancy and excitement of downtown Music City. This historic hotel, which was first constructed in 1900 as a grand train station, encapsulates the great railroad age in America while maintaining a very contemporary ambiance. It is one of the best hotels in Nashville for families.

The hotel just underwent a total overhaul, allowing for both the homage to the past and stoking anticipation for the future. As they stay in one of Nashville’s most stunning old buildings, visitors will have an opportunity to learn about the city’s history. Due to the hotel’s central location in Nashville, visitors may easily go from one area to the next while exploring.

Some of the city’s top eateries, including internationally renowned and locally adored establishments, are only a short stroll from Union Station. Enjoy all of the distinctive regional characteristics of Nashville, including the legendary Nashville hot chicken sandwich, traditional Southern hospitality, and mouthwatering real comfort cuisine.

The hotel retains a particular place in Nashville’s heart for outstanding wedding festivities because of its beautiful architecture, exquisite interiors, and romanticism of the golden age of rail travel.

The Union Station is a striking representation of a city that values art, culture, and hospitality. It is a major hub from which to explore live music venues, museums, upscale dining options, shopping, and much more in all directions. That’s why it is one of the best Nashville hotels. 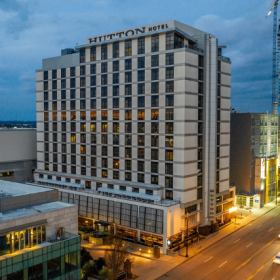 This eco-friendly hotel is located in the Midtown area of downtown Nashville and provides modern rooms with free WiFi. Music Row is just a 10-minute walk away. Hutton hotel is included in the list of top hotels in Nashville.

A 42-inch flat-screen LCD HDTV with on-demand films is provided in each room at the Hutton Hotel, along with a sizable workstation with LED lighting and media hubs. There is also a coffee machine and a small bar.

The hotel offers spa treatment rooms and services, which are accessible upon request. Additionally offered on-site are valet laundry facilities, a coffee bar, and flexible conference space. We also have a live music venue right here.

The motel is an 11-minute walk from Vanderbilt University. Grand Ole Opry is 18 minutes drive from the property, while Nashville Zoo is 12.9 kilometers distant. The distance to Nashville International Airport is 12 minutes by car. 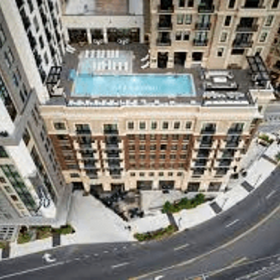 In the center of Nashville, Tennessee’s famous Music Row, the Aertson Hotel Kimpton is a boutique jewel. The hotel is located in one of Nashville’s most popular districts, barely seven miles from the airport. It is one of the best hotels in Nashville near Music Row.

It has a wonderful environment, but it also offers a ton of enticing facilities that you may use whenever you want. Booking here has several advantages, like the fantastic rooftop pool, the Woodhouse Spa’s extensive list of services, the 24-hour fitness facility, valet parking, a concierge service, complimentary bike rentals, and a business service option, to name just a few.

There is also the well-known Henley restaurant, which offers in-room dining in addition to serving artisanal cuisine and drinks.

The hotel’s assortment of guest rooms and suites is perfect for guests on business or vacation. Each offers a Carrara marble bathroom with upscale amenities, quality furniture, and décor, 50″ TVs with entertainment systems, free Wi-Fi with fast Internet access, green energy features, phone services, and more.

Booking at the Aertson Hotel Kimpton can only improve your experience of Nashville, whether it is a brief stopover for business or a vacation, or a much longer stay in this well-known and popular location. 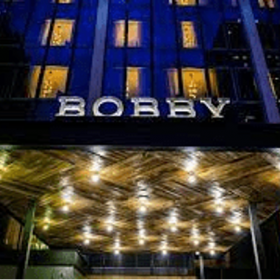 In the center of Music City, Bobby is a dynamic lifestyle hotel unlike any other. Bobby Hotel, located on famed Printers Alley in the heart of Nashville, is a short distance from the action of the city’s music district yet far enough away to allow for sound sleep. It is one of the best Nashville hotels.

The hotel structure, which is owned by Nashville-based Castlerock Asset Management, is arguably most known for housing a 1956 Greyhound touring bus as part of its rooftop bar. The hotel, which is still active today, debuted in the middle of 2018 and is situated at 230 Fourth Ave. 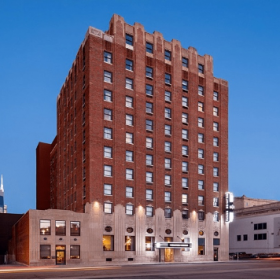 Downtown Nashville’s Hyatt Holston House is a boutique hotel with easy access to the area’s airports and the city center. Using public transit makes reaching any location fast and simple. Flat-screen televisions, robes, Keurig coffee makers, and mini-fridges are included in every room. It is one of the luxury hotels in Nashville.

Blackout curtains, luxurious robes, and opulent bathroom amenities are optional extras that elevate the experience. There are pet-friendly rooms available, and guests can work out quickly in the on-site fitness facility.

Dine at the iconic TENN restaurant for classic American cuisine with a touch of the South. Every meal is prepared using ingredients that are acquired locally, and the drinks are expertly constructed. Bar TENN is located just within the hotel; while working on a presentation, have a cup of coffee, use the allocated workstations, and savor a specialty beer or wine.

Finish the night at TENN on Top, where you can relish views of the city skyline, a pool, and live music while sipping a scotch.

Visit Nashville and wander around the many neighborhoods that make up this compact yet thriving metropolis. See a honky tonk bar for a live performance or visit landmarks like the Grand Ole Opry and the Country Music Hall of Fame. 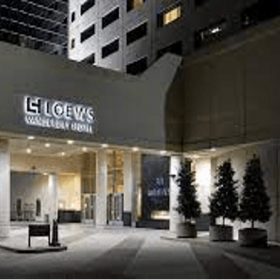 The Loews Vanderbilt Hotel Nashville was unmistakably influenced by its proximity to Music City, as shown by the enormous posters of musicians like Bill Monroe and a gigantic jukebox in the lobby. And if the voices on your daily wake-up call seem familiar, that’s because Vince Gill, Amy Grant, and Sugarland have all recorded them. It is one of the best hotels to stay in Nashville.

This Loews hotel on West End Avenue in the vicinity of Vanderbilt University is well-known for its cozy rooms that have Keurig coffee machines, 37-inch flat-screen TVs, and combed and ringspun cotton terry towels and bed linens. If you grow peckish, you may order room service or have supper at one of the hotel’s restaurants. 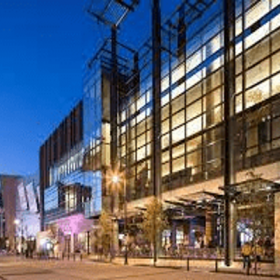 The Omni Nashville Hotel, located in the heart of Nashville and just steps from the Music City Center and the Country Music Hall of Fame and Museum, dazzles guests with its chic interior design and prime location.

The rooftop pool, which overlooks the city and is ringed by cabanas, has a similarly appealing ambiance. Visit the Mokara Spa & Salon for some extra pampering. This spa provides calming services including deep-tissue massages and refreshing body scrubs. Additionally, visitors savor the decadent fare offered at Omni’s four dining establishments.

The majority of guests comment on their overall positive experiences at this hotel, noting the friendly staff and excellent location as convincing reasons to book a stay there again. Additionally, if you sign up for Omni’s Select Guest loyalty program, you’ll be eligible for additional perks like free Wi-Fi while there.

People usually ask many questions about “best hotels in Nashville”, some of the related questions are given below:

Where in Nashville is the safest area to stay?

In Nashville, staying Downtown, Midtown, and Music Valley is safer. There are usually a lot of guests in the area. Nashville is generally safe, particularly during the day.

Which month is ideal for travel to Nashville?

April through October are the greatest months to go to Nashville because the mild weather makes this music metropolis come alive. Winter is low season, despite December being extremely attractive with Christmas decorations at the Opryland Hotel and the Belle Meade Historic Site.

Is Nashville a walkable city?

Conclusion:  If you are looking for a great place to stay in Nashville, then look no further. The best hotels in the city offer top-notch amenities and excellent customer service. Whether you are looking for a luxury hotel or something more affordable, there is a perfect option out there for you. Be sure to check out some of these great places the next time you are planning a trip to Music City! Have you stayed at any of these amazing hotels? Let us know in the comments below.

Thanks for reading us!